As you may or may not be aware, a hurricane swept along the Eastern United States, which is where Majik lives. As such, he has been without power since Monday and so Episode 73 will be delayed until such time as he has power restored and our schedules allow for it. This could be as late as next week.

We do apologize for the delay, but hey, definitely take this opportunity to write to us at podcast (at) blessingoffrost.com and ask your questions and send us your comments all for our MOLL-E section! 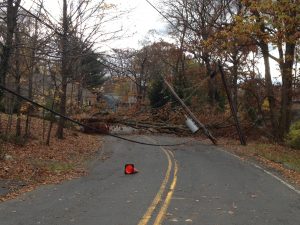 As always, thanks for your patience! We hope to get Episode 73 out to you soon!

Just a note to let you guys know that Episode 72 was supposed to be recorded tonight (Monday, October 15th) but will instead be recorded on the evening of Thursday, October 18th, due in part to Kurn’s bronchitis. The amount of coughing she would have to edit out of the show would have taken WAY too much effort. 😉

In the meantime, RATE US UP on iTunes, you slackers! And send us mail! We love mail for our MOLL-E segment. You can reach us at podcast [at] blessingoffrost [dot] com.

Apologies, folks. Due to work schedules, school schedules and assignments that are due, there is no Blessing of Frost this week.

This means we’ll EXTEND VOTING for the name of the sad moose until 11:59pm ET on Saturday, April 7th.

We’ll have a new episode, number 57, up for your listening pleasure on Tuesday, April 10th.

Hey folks! Due to scheduling conflicts, Majik and I weren’t able to sit down together and record a new episode of Blessing of Frost this last week. But we shall return next week!

Tune in next week for the results!

As always, please rate us up on iTunes and shower us with love in your review — and you get a shoutout on the podcast in return.

Due to things like work schedules and this silly little thing called “the Super Bowl”, Episode 50 of Blessing of Frost will be recorded on Wednesday, February 8th and released likely on Thursday, February 9th.

Thanks for your patience, guys!

So, we recorded Episode 47 on Monday, January 9th.

I haven’t had time to edit it, yet — last week was insane.

This Monday, due to a variety of things, we were unable to make our schedules work together to record Episode 48.

Ladies and gentlemen, we’re back for a new episode before we take another couple of weeks off! The next episode of Blessing of Frost (number 46) will be released on Tuesday, January 3rd, 2012.

Until then, here’s an episode detailing the first four bosses in Dragon Soul (normal mode!) and also introducing you to one of our newer raiders in Apotheosis, Serrath.

Please note, we recorded on December 18th, so we don’t talk about these new hotfixes. Especially noteworthy? ZA and ZG have been nerfed and Deepsea Sagefish (the fish used to cook intellect food) now have their own pools!

The biggest thing to note is that we are holding a contest that ends at 11:59pm ET on January 1, 2012. The contest is send in an audio bumper for one of the following show segments:

The best bumper received between now and 11:59pm ET on January 1, 2012, will receive their choice of one of the $10 Blizzard pets in the Blizzard store, courtesy of Serrath! Audio bumpers should be in mp3 format and should be sent to us at:

Icy-Veins is a great resource for raiders! Lots of description and detail on all the various mob/boss abilities. Of particular note, their comments on the Yor’sahj the Unsleeping encounter.

That’s about it for this week — keep tabs on us by following us on Twitter: @kurnmogh and @Majjity for us and then @ApotheosisET for our guild (apotheosis-now.com!) and, of course, @serrath_ for our guest this week, Serrath. 🙂

Please rate us up on iTunes and leave us a review for a shoutout!

Episode 44 goes live with our initial impressions of the Hour of Twilight, Patch 4.3!

Programming note: There will be NO episode of Blessing of Frost next week, but we’ll return on Tuesday, December 20th!

Kurn was on the Twisted Nether Blogcast this week! Check it out: http://www.twistednether.net/2011/12/06/episode-152-turning-the-corner/

The Magicka Duel! — NOT SAFE FOR WORK! MATURE LANGUAGE! (Lots of Kurn yelling at Majik.)

Congratulations to @Kamilla_of_ET for winning a copy of Magicka!

Please do follow us on Twitter: @kurnmogh and @Majjity for us and then @ApotheosisET for our guild.

So we didn’t record last week because Majik had no power. He was fine, though, no need for concern. 🙂

This week, we’re not recording tonight because Majik has no voice. He caught a cold and was actually unable to talk on Mumble during our raid last night. He actually took to threatening me in raid chat because I was mocking him and he couldn’t use his voice.

That said, his voice was slowly coming back when I spoke with him on Monday. We aim to record on Tuesday afternoon and have a new episode ready for you all sometime on Wednesday (early morning or sometime in the evening).

We apologize for the lengthy delay in episodes. We miss the podcast, too! And Majik has A LOT of things he wants to talk about, so I imagine it’s particularly frustrating for him. Which only makes me chuckle.

If you’re missing your weekly doses of me and Majik, check us out on Twitter:

And I’ve got a blog:

And now so does Majik!

We’ll keep you posted about the next episode of Blessing of Frost, coming soon to a website near you!

Due to the snowstorm in the US Northeast, Episode 40 of Blessing of Frost will be delayed because Majik has no power. We may try to get an episode out this week, just later on, or Episode 40 might only happen next week. We’ll keep you posted!

In the meantime, VOTE FOR KURN as Loudest Voice on Twitter at Stopcast.net!